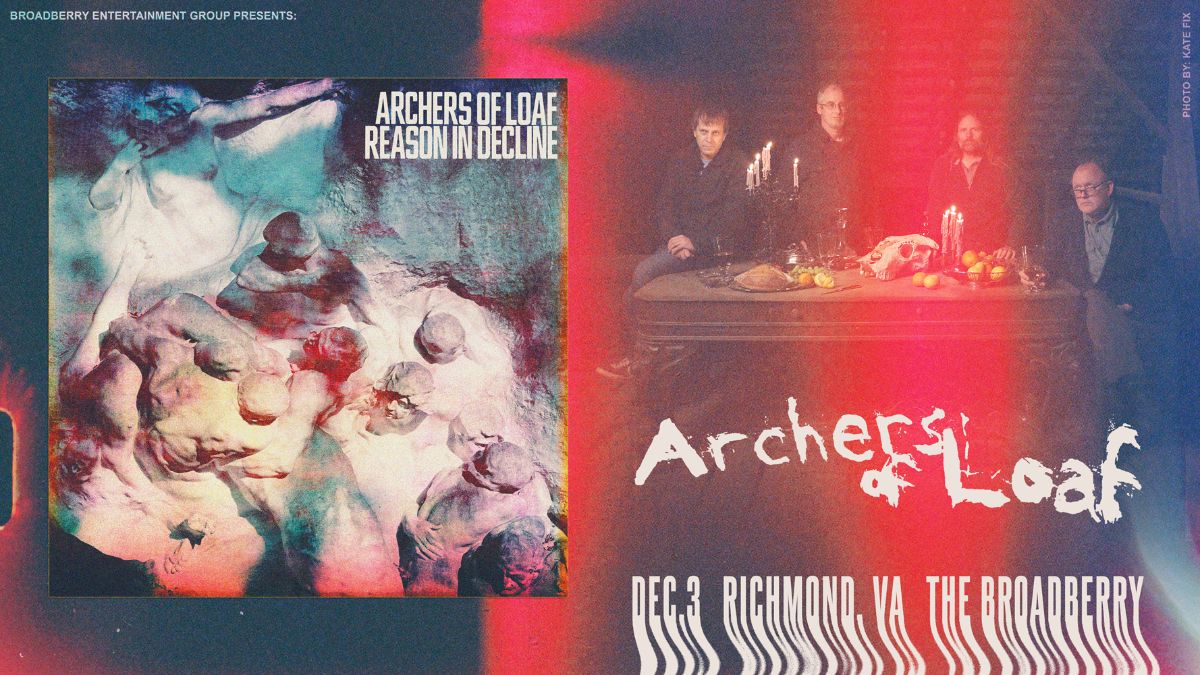 As of March 7, 2022, in accordance with CDC guidance, covid entry requirements related to vaccination and testing have been removed. Broadberry Entertainment Group is closely following CDC guidelines and recommendations to prevent the spread of Covid-19. As a result, the format, capacity, and entry requirements for shows are subject to change at any time without advance notice. By purchasing a ticket, you acknowledge that these changes could occur and that, in accordance with the stated policy on our website, refunds will only be offered for canceled or postponed shows. If you have purchased a ticket and the format or entry requirements change, we will notify you via email.

-Parking is available in side lot (by Exxon)
-No Smoking/Vaping permitted anywhere inside venue
-Bags/purses will be checked at the door.
-Must have ID for entry
-If you do not have access to a printer, we can scan ticket from your cell phone. Be sure to have your brightness turned all the way up at the door.
-Children under 3 years old are Free.
-Kitchen is open during all hours of operation.
-Appropriate clothing required at all times (tops and bottoms covered).
For additional FAQs click here 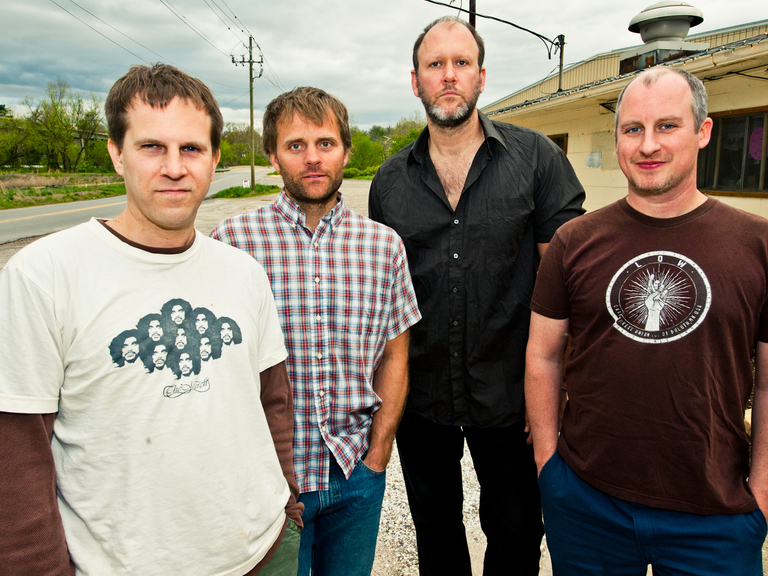 The Archers of Loaf were darlings of the indie world in the early to mid-'90s, thanks to an off-kilter sound that was edgy and challenging, yet melodically accessible at the same time. Cornerstones of the Chapel Hill, NC, indie scene that also spawned Superchunk and Polvo, the Archers' chief inspirations were the Replacements and Sonic Youth, but that only began to tell the story. Their music was frequently likened to a more intense, raucous version of Pavement's postmodern pop, and indeed they shared key elements: fractured song constructions, abstractly witty lyrics, clangorous guitars, and lo-fi production. More rooted in punk and noise rock, however, the Archers took the dissonance, white noise, and angularity to greater extremes, and played with more overt commitment and enthusiasm in concert. The Archers became a hip name to drop with their acclaimed 1993 debut, Icky Mettle; several more accomplished albums followed before the group called it quits in 1998. The Archers of Loaf were formed in Chapel Hill in 1991, when all four members were attending the University of North Carolina. Coincidentally, they'd all grown up in Asheville, in the western part of the state, but hadn't all gone to the same schools. Singer/guitarist Eric Bachmann, guitarist Eric Johnson, bassist Matt Gentling, and drummer Mark Price cut an independently released single, "Wrong," that helped them land a contract with the California-based indie label Alias (also home to releases by American Music Club and Yo La Tengo). Another single, "Web in Front," became a substantial hit on college radio in 1993, creating a strong buzz for the group's full-length debut. Icky Mettle arrived later in the year to highly positive reviews and more alternative-radio airplay, and the Archers supported it with an extensive national tour. A five-song concept EP, Archers of Loaf vs the Greatest of All Time, arrived on the heels of Icky Mettle in 1994. Amid growing media attention, Madonna's Maverick label made a play for the band, but they elected to continue developing on an independent, with lower commercial stakes. Their second album, the rawer and noisier Vee Vee, appeared in 1995 and was an even bigger college-radio hit, thanks in part to the single "Harnessed in Slums." The album landed in the CMJ Top Five, and even got some press from the hipper mainstream media outlets. In its wake, Eric Bachmann convened the Chapel Hill side project Barry Black, an eclectic, mostly instrumental outfit given to bizarre arrangements; their eponymous first album was also released in 1995. Meanwhile, the Archers compiled a raft of non-LP indie singles, B-sides, alternate takes, and live cuts for 1996's The Speed of Cattle. Their proper third album, All the Nation's Airports, came out later that year and showed the band moving into quieter, more layered territory. Bachmann's second album with Barry Black, Tragic Animal Stories, arrived in 1997, as did the live Archers of Loaf EP Vitus Tinnitus. The band's fourth proper album, 1998's White Trash Heroes, continued its exploration of calmer, more spacious sounds, and began to incorporate keyboards and samples. However, their marathon touring commitments were contributing to a sense of stagnation within the group. After the supporting tour for Heroes, the Archers decided to call it quits. A live album recorded at that tour's Chapel Hill show, Seconds Before the Accident, was released posthumously in 2000. Bachmann moved on to the folkier Crooked Fingers, which issued the first of several albums in 2000 as well. ~ Steve Huey, All Music Guide 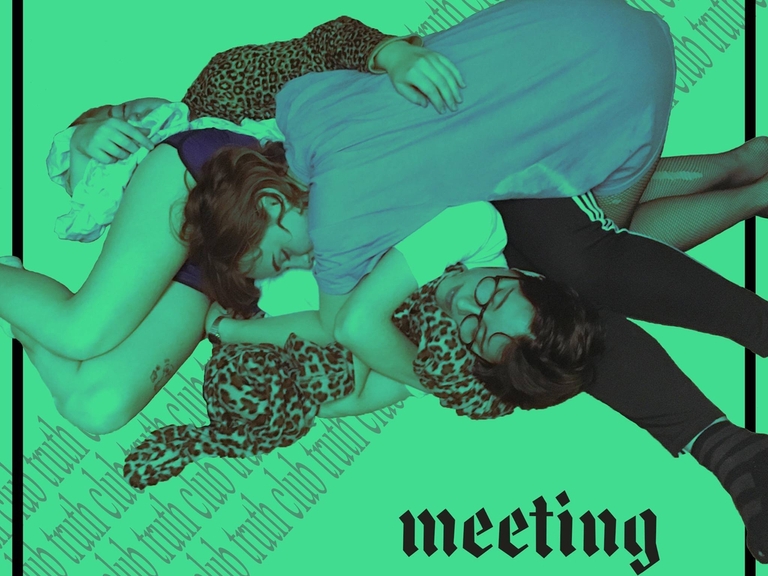 Midway upon the journey of our life I found myself within a forest dark, For the straightforward pathway had been lost. Ah me! how hard a thing it is to say What was this forest savage, rough, and stern, Which in the very thought renews the fear. So bitter is it, death is little more; But of the good to treat, which there I found, Speak will I of the other things I saw there. I cannot well repeat how there I entered, So full was I of slumber at the moment In which I had abandoned the true way. 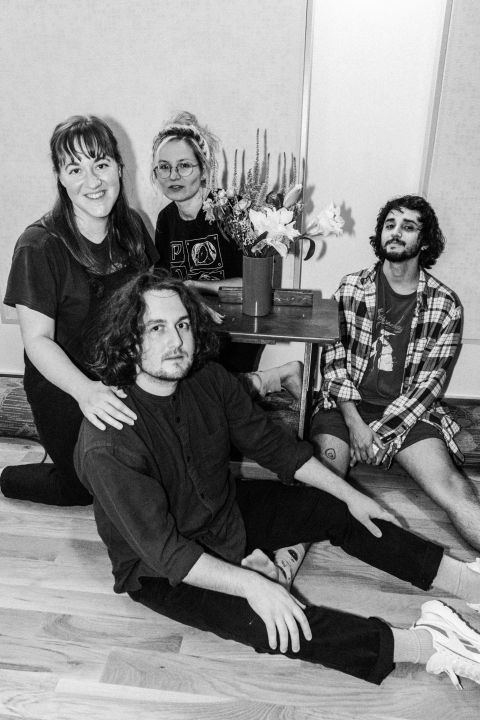 Truth Club have tirelessly worked on perfecting their craft, in the process becoming known as one of Raleigh, NC’s premier guitar-based DIY groups. Years of close friendship have strengthened a deep dedication to their musical endeavors. The band formed in the winter of 2016 as guitarist/vocalist Travis Harrington and drummer Elise Jaffe continually ran into each other at house shows in college and decided to collaborate. They were soon joined by bassist/guitarist Kameron Vann, Harrington’s best friend since sixth grade and the person he learned guitar beside. By the end of 2017, the three found themselves in the midst of an eventful year: releasing their first EP, embarking on a two-week tour of the East Coast, landing a spot on Raleigh’s Hopscotch Music Festival, and recording what would become their debut album, Not an Exit. In the next year, they added guitarist/bassist/vocalist Yvonne Chazal to the lineup, and set out on several more regional tours of the East Coast and South. In May 2019, they released Not an Exit on NC label Tiny Engines to favorable reception, garnering praise from outsets such as Paste Magazine and Stereogum. In support of its release, the group set out on a self-booked 25-date tour of the East Coast, South, and Midwest.