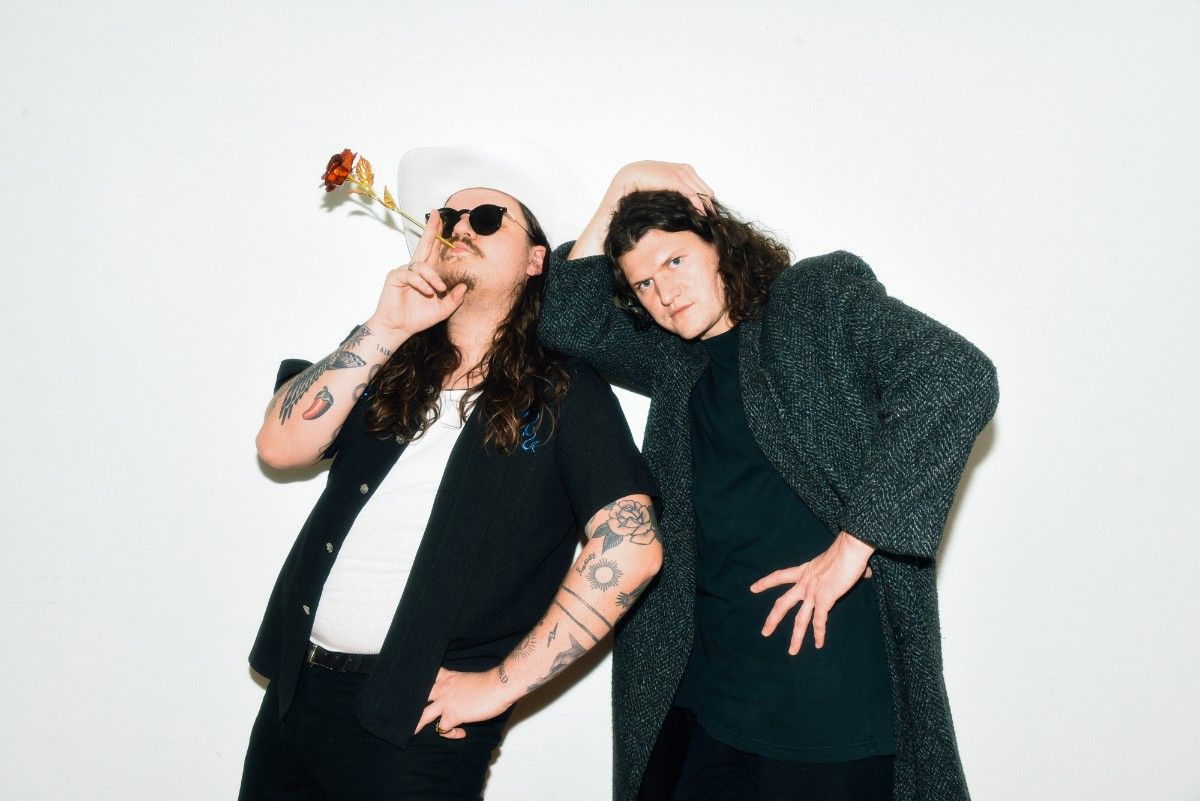 Previously known as Pacific Air, Los Angeles brothers Ryan Marshall Lawhon and Taylor Lawhon set out on an ambitious 5 albums in 5 years. After completing four albums in as many years, How You Gonna Stop It? (2017) Light Myself On Fire (2018) and Hot Content (2019), and The Bungalow (August 21st, 2020), the brothers are right on schedule with their fifth album Songs for the Morning and Evening Times slated for August 27th, 2021. The four released albums have garnered a combined 51+ million streams and widespread praise from the likes of Stereogum, Consequence of Sound, Billboard, Zane Lowe, Buzzbands, Atwood Magazine, Ladygunn + more. All of which helped set the stage for Mating Ritual’s first headline North American tour (Fall, 2019), where they Sold Out shows and filled every room along the way. Mating Ritual decided to spice up 2021 by releasing a new single every month until their fifth album’s release in August. The brothers enlisted the help of proven song craftsmen like Chris Zane (Passion Pit, St. Lucia), Jason Suwito (Sir Sly), Sean Van Vleet (NVDES, The Knox, Empire) to help take Songs for the Morning and Evening Times to the finish line. Mating RItual will embark on a headline tour in the Fall of 2021.


VENUE INFO:
1. All shows are standing room only unless otherwise notated
2. No Smoking/Vaping permitted anywhere inside venue
3. Bags/purses will be checked at the door
4. Must have ID for entry
5. All tickets are picked up via will call starting at the time of doors
6. Appropriate clothing required at all times (tops and bottoms covered)
7. Children Under 3 are Free.

DON’T GET RIPPED OFF!
The only authorized seller of tickets for this event is Broadberry Entertainment Group. You can safely purchase tickets at the lowest available price on our website or at our box office, open Monday – Friday from 10am-4pm. Broadberry Entertainment Group is not responsible for tickets purchased in any other locations and will not honor, exchange, or refund counterfeit, duplicate or invalid tickets.